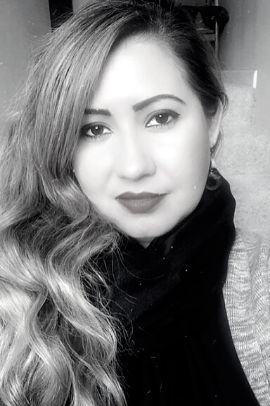 Carolina Gutierrez has been engaged in domestic violence and sexual assault direct services for eleven years. She worked primarily with Spanish-speaking communities as an advocate in dual DV/SA service provider for 4 years, leading a successful ongoing support group for Spanish speaking women as well as culturally relevant Core Advocacy Training in Spanish as coordinator and lead trainer.

In 2012, she began her work with a culturally specific service provider, el Centro Intergral Educativo Latino de Olympia (CIELO). As a Guatemalan immigrant herself, she was drawn to serve the Indigenous Guatemalan populations immigrating to the South Puget Sound and focused on indigenous language access. She went back to Guatemala in 2015 to learn about violence prevention and services efforts among the indigenous populations to bring back the most current and culturally relevant practices. As the program director, she grew the sexual assault program to include a rural area office and several advocates who spoke not only Spanish but the main indigenous languages of the area.

Her passion is child sexual abuse prevention. She works to end the silence in communities about violence and trauma and that everyone has access to this information.