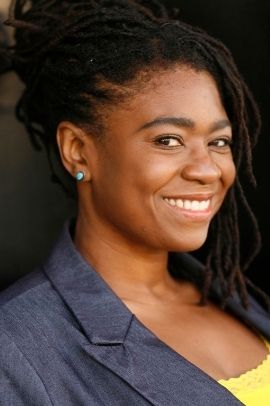 Zoë Flowers is author, content creator and writer with the Huffington Post. Her poetry and essays can be found in Stand Our Ground; Poems for Trayvon Martin and Marissa Alexander, Dear Sister: Letters from Survivors of Sexual Assault and the new anthology, Love WITH Accountability: Digging Up the Roots of Child Sexual Abuse. Her articles and interviews can be found on The Grio, Bloom Magazine, and several online journals.

In 2004, Zoë interviewed other survivors about their experiences with domestic/sexual violence. From Ashes to Angel's Dust: A Journey Through Womanhood is the book that emerged. ASHES — is a play adapted from stories chronicled in the book and has had many successful performances including; Yale University's Fearless Conference, The White House's United State of Women Summit in 2016, National Coalition against Domestic Violence's National Conference, Smith College, and Brown University.

In 2012, Zoë launched Soul Requirements, Inc. a healing centered consulting company that combines her artistic endeavors, domestic violence expertise and holistic healing practices. Since then, she's facilitated individual and group healing sessions, retreats, and workshops from New York to Ecuador. She returned to JHF as a consultant to run the trauma center the organization shepherded after the Newtown school shootings. Months later she joined the organization's retreat team. The organization's retreat model and healing techniques conducted by Zoë and her colleagues were evaluated by Georgetown University and can be found in Traumatology, 23(2), 143-152. She currently facilitates healing sessions, retreats, and workshops across the globe as the Founder of Soul Requirements, Inc. , a healing centered consulting business merging art and holistic healing.

Zoë has appeared on National Public Radio, was the keynote speaker for The Florida Coalition Against Sexual Violence statewide conference, The New York State Coalition Against Domestic Violence, and The Maryland Women of Color Network's Conference. In 2019, she presented a workshop entitled, "Utilizing Performance as an Intersectional Response to Violence Against Women in Fez, Morocco and conducted listening sessions in London, UK and Edmonton, CA. She was also the keynote speaker at SUNY Adirondack's We. Say. No Conference, Delaware's Victim Service Conference, and returned as keynote for The New York State Coalition Against Domestic Violence Prevention Summit. In 2020, she taught several classes at the University of Florida, Loyola University and the University of Denver Colorado and will provide a virtual keynote at The Victim Justice Symposium on October 5, 2020 in Des Moines Iowa.

​Knowing Your Community: Partnering with BIPOC Folks for Change

END_OF_DOCUMENT_TOKEN_TO_BE_REPLACED

Request for Proposals for a Virtual Conference Planner

WCSAP is sharing this Request for Proposal (RFP) in…